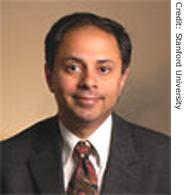 The new imaging technique that can illuminate tiny molecules deep inside the human body, which helps doctors view minuscule tumours, 1,000 times smaller than previously possible – a process that is potentially safer and more sensitive than current cancer screens.

“This is an entirely new way of imaging living subjects, not based on anything previously used,” said lead author Sanjiv Sam Gambhir.

Sanjiv and his team have used the ‘Raman Effect’ technique that has not been used so far in biological microscopic that enables doctors to visualize the cancers that are 1,000 times more detailed than previously possible.

Next post: Apple’s iTunes Becomes No. 1 in Music Sales in US