Researchers at the Stanford School of Medicine, led by Dr Sanjiv Gambhir, professor of radiology and biochemistry have utilized Raman spectroscopy to develop a new imaging system that enables doctors to visualize the cancers that are 1,000 times more detailed than previously possible. This technique has not been used so far in biological microscopic viewing but vastly used in other scientific researches.

So, What is Raman Effect ?

Raman effect is a unique phenomenon in physics that is based on the principle of scattering light.

When light shines on any surface, Raman found, and a tiny portion of the light is reflected back at a different wavelength that is precisely determined by the nature of the material illuminated. Out of 10 million photons of light, only one will bounce back with this distinctive “Raman” signal. But gather enough of them and ordinary light can be used to analyze the chemical nature of things. 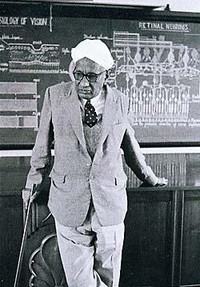 Raman Effect was invented by great Indian scientist Chandrashekhar Venkat Raman in 1920 for which he had won Noble prize in Physics in 1930 for discovering it.

Previous post: Apple’s iTunes Becomes No. 1 in Music Sales in US