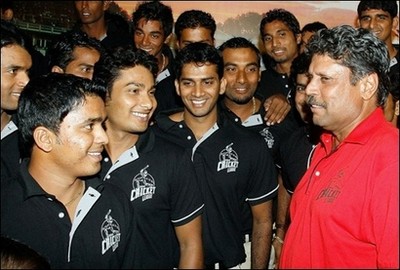 Tournament starts on March 9. The Twenty20 tournament will be called ‘Edelweiss 20s Challenge’.

The 30-day tournament will be held( March 9 to April 7) at three venues — Hyderabad, Chandigarh (Panchkula) and Gurgaon.
Speaking on the occasion ICL executive board chairman Kapil Dev said,” We welcome Edelweiss on board, and are happy with the overwhelming response we have received from the market. This support will be a sure step in strengthening domestic cricket in the country“