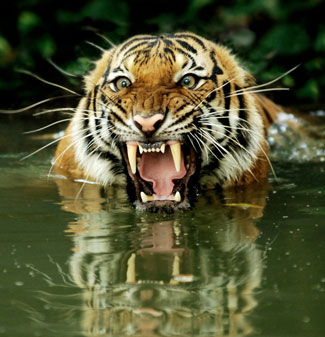 The Bengal tiger or Royal Bengal tiger found in India has plunged to 1,411 drastically lower than the estimated 3,700 believed to exist 5 years ago.

Project Tiger, a group dedicated to preserving the population of the rare animals headed by Rajesh Gopal unveiled the latest figures.

Indian Bengal Tigers are hunted for their pelts, claws and bones, which are prized in traditional Chinese medicine.