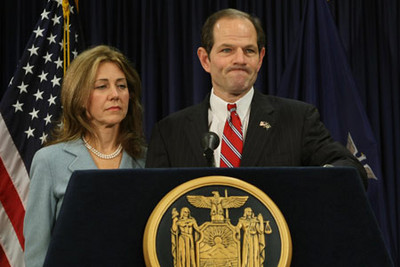 New York Governor Eliot Spitzer, resigned yesterday amid a scandal over a $1,000-an-hour prostitute after the New York Times broke a story “A Fall From White Knight to Client 9”

Spitzer, 48, stepped down after the New York Times reported he was “Client 9” of an international call-girl ring whose operators were charged with crimes last week.

Spitzer’s was a former New York state chief prosecutor who built his career with an air of moral indignation for criminals large and small.