in Company & Markets, Most Popular

America, the land of opportunities, has become a nightmare for Indian workers in Mississippi shipyard, who say they have been forced to live like “pigs in a cage” in a “work camp” run by ‘Signal International’ in Pascagoula shipyard in Mississippi. 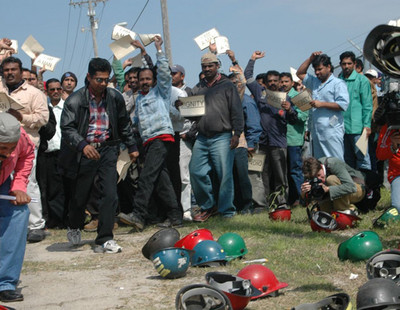 Around 100 workers recruited from India staged a powerful protest at a Mississippi shipyard on Thursday, claiming they had been “tricked” into coming to the US.

These workers are mostly welders and pipe-fitters. Looks like workers were given false promises by a Signal International recruiter(agent) in India who promised them Green Cards in U.S. in exchange of USD 20,000 fee. But they said, they were given only 10-month work visa, which was only enough time for them to pay off their recruitment fees. 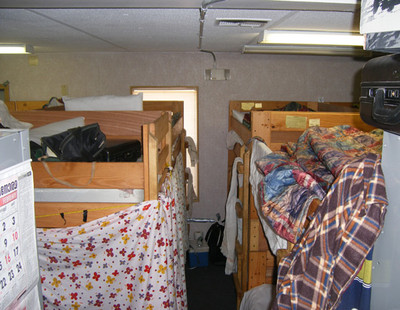 Workers have reported their allegations to the U.S. Department of Justice and wants ‘Signal International’ to be prosecuted on human trafficking charges.

“Unfortunately, a few of the workers whom Signal had sponsored for H2B visas and recruited have made baseless and unfounded allegations against Signal concerning their employment and living conditions. The vast majority of the workers whom Signal recruited has been satisfied with the employment and living conditions at Signal ,” Signal International in a statement.

Source and more photos at abcnews

Next post: Dollar weakens against euro, hit a new record