Forbes reports that , Bill Gates is no longer the World’s Richest Man. World’s most beloved investor Warren Buffett has seen his fortune increased to an estimated $62 billion and Buffett is the richest man on the planet.

Mexican telecom tycoon Carlos Slim Helú is the world’s second-richest man, with an estimated net worth of $60 billion. Bill Gatest is the 3 rd richest man on the planet with $58 billion worth .

Gates and Buffett were running neck and neck for years, but Carlos Slim Helú is catching very fast , according to Forbes. 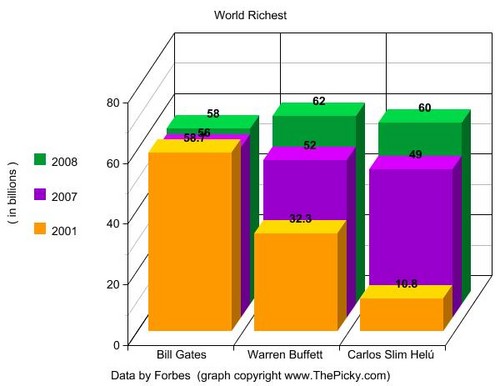