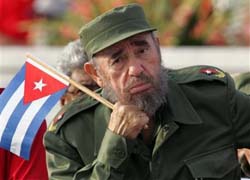 After almost 50 years as the Cuba leader, Fidel Castro resigned as president and commander-in-chief.

“I will not aspire nor accept – I repeat I will not aspire or accept – the post of President of the Council of State and Commander in Chief,” read the letter signed by Castro and published quietly overnight without advance warning in the online edition of the Communist Party daily Granma.

The 81-year-old Castro’s overnight announcement effectively ends his rule of almost 50 years over Cuba, positioning his 76-year-old brother Raul Castro for permanent succession to the presidency.