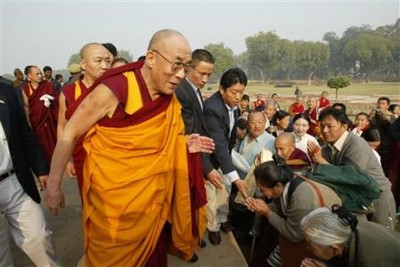 “If things become out of control, then my only option is to completely resign,” the Dalai Lama, a Nobel Peace laureate and the exiled leader of millions of Tibetans around the world, told a news conference at his base of Dharamsala in northern India.

The spiritual leader made the statement on the day China’s top leadership lashed out at him, charging that he had orchestrated Tibet’s worst anti-China riots in two decades to sabotage this summer’s Beijing Olympics.

Dalai Lama denied Chinese accusations that he was organizing the riots.

“An independent outside investigation should be ordered into allegations by China that the Dalai Lama, was behind the recent violence in Tibet,” said Speaker of the US House of Representatives, Nancy Pelosi.

Next post: Sixth Pay Commission report recommendations by next week