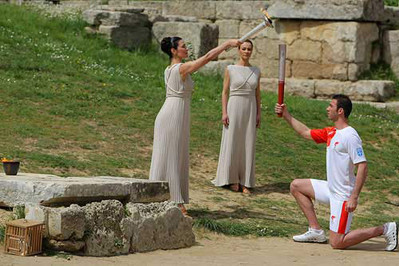 In the Torch Lighting Ceremony that began at 11:00 a.m. (GMT +2), in Olympia, Greece, the High Priestess Maria Nafpliotou successfully lit the sacred flame in a traditional ritual, using only the rays of the sun and a parabolic mirror.