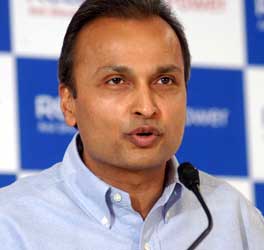 Reliance Power Ltd (RPL), part of the Reliance Anil Dhirubhai Ambani Group (RADAG), announced it would give 3 bonus shares for every 5 held in an effort to reduce losses by shareholders after the poor performance of the stock after its listing on February 11.

Briefing news persons after the Reliance Power board meeting , Reliance Power Chairman Anil Ambani said that the bonus issue would not apply to promoters Reliance Anil Dhirubhai Ambani Group and Reliance Energy who together hold 90 per cent.