Since the announcement, Yahoo started showing pop-up alert to users whose account might have compromised.. here is the screenshot of the alert. 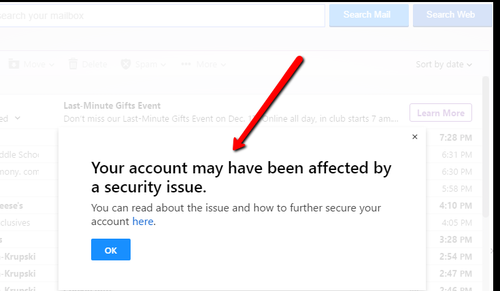