What is the U.S Average Internet speed ?

When compared to the rest of the world, the United States ranks 28th in average Internet connection speeds, and South Korea’s average internet speed is 20.4Mbps. 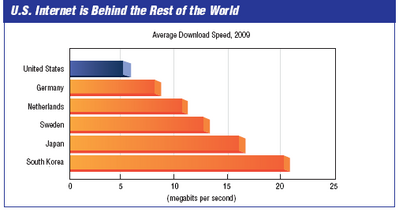 Check out other state ranks interactive map and reports here.

Next post: How to move music onto your Apple iPhone from iTunes Library ?