What is Cyberbullying or Online bullying?

Online bullying or Cyberbullying is on the rise and has profoundly damaging consequences for children and teens. Cyberbullying happens when a child, preteen or teen is threatened, harassed, humiliated, embarrassed or otherwise by another child, preteen, or teen (sometimes by adults ) using the Internet, mobile phones or other digital devices.

The Internet has created a new world of social communications, while most interactions are positive, increasingly teens and kids are using internet to harass and embarrass others. 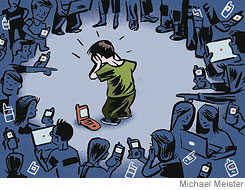 Practice of cyberbullying is not limited to children, if adults become involved, it is cyber-harassment or cyberstalking.

Teen bullying are no longer restricted to the school yard and they are often online, out of the sight of teachers and parents. According to researches, 75 percent of teens have been bullied online, as cyber-bullying is anonymous only 10 % of teens have reported the problem to parents or teachers.

How Are Kids and Teens Cyberbullied

Some examples of Cyber bullying can include:,

A Missouri mother(Drew’s case) faces serious consequences at Court for her role in MySpace emails directed at a 13-year-old neighbor girl . The girl committed suicide after receiving harassing messages on MySpace. Drew’s case is the America’s first cyberbullying trial.

Previous post: How to Screen Capture Web Pages as Picture