I updated Firefox. After the update I got the following message

“You should update Adobe Flash Player right now.
Firefox is up to date, but your current version of Flash Player can cause security and stability issues. Please install the free update as soon as possible.” 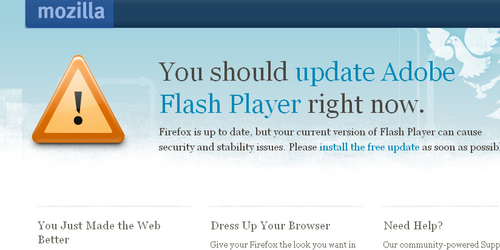 What this message means, Do I have to really update the Adobe Flash Player right now ? Basically firefox is asking you to update Flash player update as your current version of flash player has security vulnerabilities in the software. So, update it.

According to Adobe Security bulletin,

Critical vulnerabilities have been identified in the current versions of Adobe Flash Player (v9.0.159.0 and v10.0.22.87) on Windows, Macintosh, Linux and Solaris OS , and the authplay.dll component that ships with Adobe Reader and Acrobat v9.x for Windows, Macintosh and UNIX OS.. These vulnerabilities could cause the application to crash and could potentially allow an attacker to take control of the affected system.

Adobe Flash Player updates are available for most Flash installations on Windows, Mac and Linux machines. 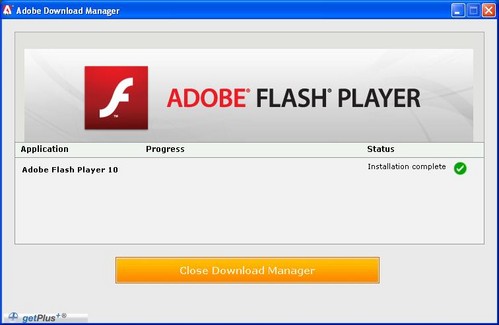 Previous post: How to Get Visual Firefox Browsing History