Apple has released the public beta of iOS 10 to the public. iOS 10 has lot of new features and enhancements, including revamped Messages app, a redesigned Apple Music app, and revamped version of photos app. 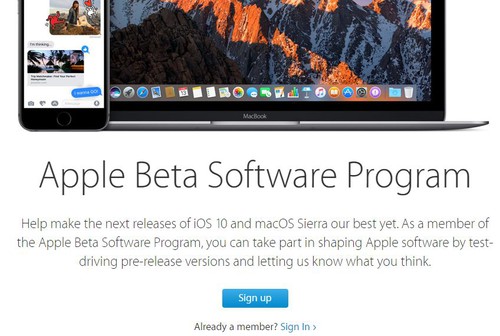 You can sign up for Apple’s beta program over here, if you are interested in Apple’s next-gen mobile OS before its official release. As a member of the Apple Beta Software Program, you can take part in shaping Apple software by test-driving pre-release versions.