Astronauts in the International Space Station can access to the Internet and the World Wide Web via the ultimate wireless connection according to NASA news release.

This achievement by NASA is a Milestones in the Internet History.

Flight Engineer T.J. Creamer is the first to use the new system on Jan-22-2010. He posted the first unassisted update to his Twitter account(@Astro_TJ) from the International Space Station. 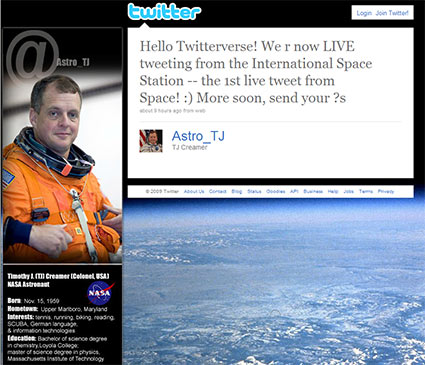 Before, tweets from space had to be e-mailed to the ground where support personnel posted them to the astronaut’s Twitter account. 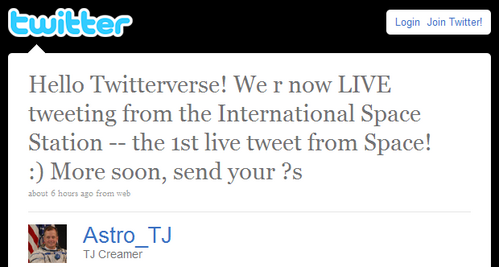 Previous post: How to make your wordpress blog visible on search engines