Difference between IPv4 and IPv6 addresses

Internet Protocol version 4, or IPv4 was designed in 1980s with a maximum of 4.1 billion addresses to send data from one computer to another, but it reaches its end. To solve this, IPv6 is designed by increasing 32-bit to 128-bit address space.

How does an IPv6 address look like ( an example of IPv6)

The IPv6 128-bit address is divided along 16-bit boundaries. 16-bit block in the address converted to hexadecimal and delimited with colons.

IPv6 can be simplified by removing the leading zeros within each 16-bit block. 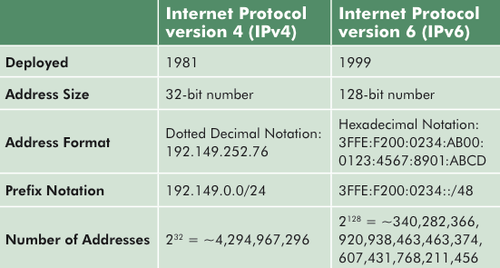 Next post: What is the Safest Way to Buy & Sell on the Internet ?