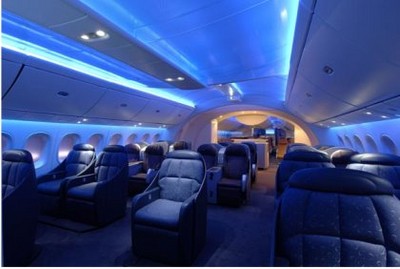 Boeing’s 787 Dreamliner aircraft may face its 3 rd serious delay when it issues an update on the project at the end of this month, reports Financial Times.

Boeing said it is assessing the progress of the 787, its first all-new commercial jet since the 777 entered service in 1995. “We are working towards a schedule that we had outlined in January,” said Boeing. Boeing plans to update its delivery schedule after its first quarter earnings in April.

In spite of the programme being delayed new orders have continued to flow. The 787 is Boeing’s most successful new aircraft, with 857 orders. Order worth about $140bn. Air Canada has 37 of the aircraft on order.

Indian carriers — Air India has 27 and Jet Airways has 10 Boeing 787 Dreamliner on order.

Australian carrier, Qantas said it would seek damages when Boeing announced its 2nd delay in January.

The program is already 9 or 10 months late, and a further slide in delivery until September next year would push the total delay to 16 months.

Next post: Indian Hockey Out of Olympics – first time in 80 years