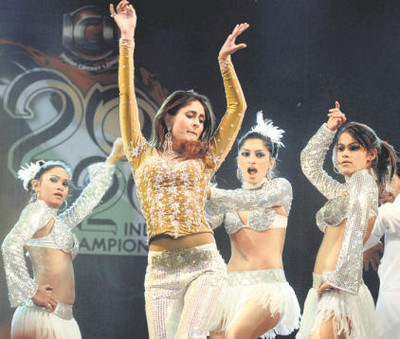 Photo: Kareena Kapoor performs at the Opening Ceremony of ICL

If top media sources are to be believed, Bollywood superstars Kareena Kapoor and Aamir Khan are going to team up with Indian Cricket League(ICL).

Kareena had participated in a show last November to launch the ICL.

Unlike the Indian Premier League, the ICL has ruled out handed over ownership to the superstars, Instead of buying the teams, Aamir and Kareena will have multiple sponsorships with ICL teams.

According to the deals,