US is going through troubled times, Bush acknowledges 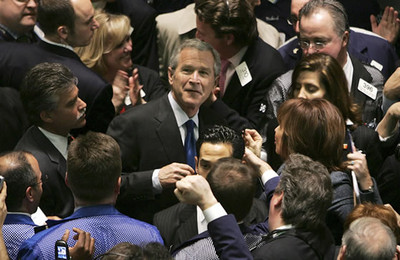 In a speech to the Economic Club of New York, US President George W. Bush said that the economy was going through troubled times.

Bush said “in a free market economy there will be good times and bad times” and acknowledged “we’re going through a hard time.”

Bush acknowledged that economic growth has slowed and that Americans are worried about rising gasoline prices, falling home prices and a shaky jobs market.

Bush said, however, that he and Congress spotted the problems early and passed the relief package that will start kicking in soon.