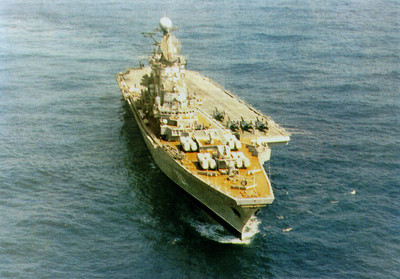 Indian Defence Secretary Vijay Singh is leading an delegation to Russia to inspect the Gorshkov aircraft carrier to break the deadlock over its delivery.

According to the contract signed in 2004 by Russia, the 45,000 tonne displacement carrier was to delivered by August 2008 as per a USD 1.5 billion contract. But in November Russia demanded USD 1.2 billion more for refitting and other works.

“Admiral Gorshkov,” is a most powerful Soviet-era aircraft carrier complete with fighter planes and helicopters. Due to the revised schedule and cost escalation by Russia, it is estimated that the ship will not join the Indian Navy as INS Vikramaditya before 2010.

Previous post: Emerging markets to spend $1trillion on IT – Gartner