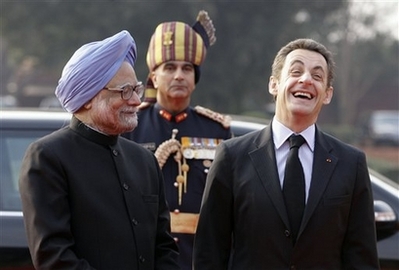 France said that it supports India’s inclusion as a permanent member of UN Security Council, statement was issued after discussions that French President Nicolas Sarkozy had in Delhi at the time of Republic Day Celebrations.

Next post: Tata Motors to make parts for Boeing 787 Dreamliner