Who Gets the Most H-1B Visas ? Infosys tops ! 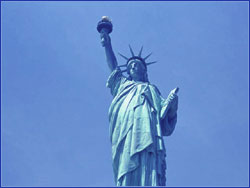 Indian outsourcing companies top the list of companies who utilizes the H-1B visa program to bring foreign workers to the U.S.

Data released by the U.S. Citizenship & Immigration Services show that offshore outsourcing firms, from India, dominate the list of companies awarded H-1B visas in 2007. Indian companies accounted for nearly 80% of the visa petitions approved in 2007.

Microsoft received 959 visa petition approvals and Intel got 369 approvals in 2007. Microsoft and Intel are the only two U.S. tech companies among the top 10. 6 out of top 10 visa recipients in 2007 are based in India.

U.S. workers oppose any increase in the H1B cap, Bill Gates certainly want to get rid of the H1B cap and Tech companies wants more visas so the U.S. can attract top talent.

Bill Gates is scheduled to testify in US Capitol Hill on Mar. 12 about how to keep the country competitive and attract top talent in US soil. He is expected to repeat the points he made a year ago in Congress to increase the H1B cap.

Read the full story at BusinessWeek