Where are all the iPhones ?

Apple Inc. sold 3.6 million of its hit iPhones last year, but its official partners only registered 2.3 million new customers. Where are all the iPhones? 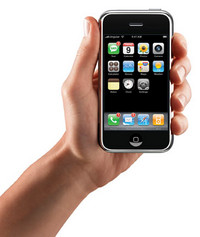 China Mobile, doesn’t have any deal with Apple’s iPhones but still there were 400,000 iPhones on its network at the end of 2007. The fact is that iPhone smuggling has become a profitable.. through traveling students, flight attendants and foreign travelers.