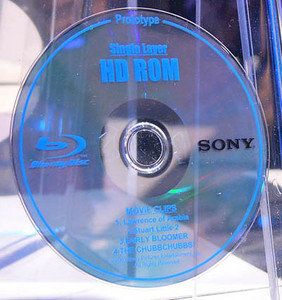 Sony’s Blu-ray is emerging as the clear winner of the years-long format war over next-generation DVDs. Toshiba announced that it will no longer develop, make or market HD DVD players and recorders.

HD-DVD and Blu-ray both deliver crisp, clear high-definition video and sound, but are incompatible with each other. There are expensive players that play both formats.

Consumers who already own HD-DVD players won’t be able to buy new movies in Blu-ray format.

Blu-ray is gaining momentum around the world. It is clear that support for HD-DVD format eroding quickly.

Next post: Bank of America, Chevron made it on Dow Jones