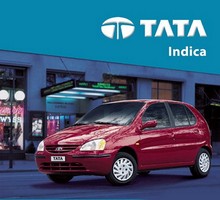 Tata Motors’ passenger cars have been named as the worst performer among 23 same category vehicles running on South African roads in a new customer satisfaction survey conducted by JD Power and Associates.

Tata Motors sells its hatchback Indica and sedan Indigo in the African nation. Tata Motors had made its foray into the South African market in 2004.