On 26 February 2008 Pfizer India, part of US pharmaceutical giant Pfizer Inc launched the Varenicline prescription drug in India that helps smokers to knock out their nicotine addiction.

The new drug, a non-nicotine smoking cessation is considered as superior to nicotine replacement therapy (NRT).

Speaking at the launch, Kewal Handa, managing director of Pfizer India, said: “Pfizer’s Champix is the most innovative and effective oral smoking cessation product to be approved by the US FDA (Food and Drug Administration) in the last 10 years.”

The drug has to be taken for 12 weeks and will be available first in major cities across India with a cost of Rs 9,500.

At the end of 12 weeks of CHANTIX, 44% were able to quit smoking. It also helped reduce the urge to smoke. 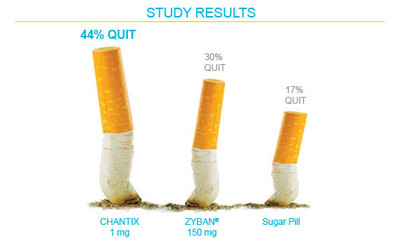 As per the World Health Organisation (WHO) report and Indian government, at least one million(10 lakhs ) people are going to suffer smoking related deaths by 2010.

Previous post: Who Gets the Most H-1B Visas ? Infosys tops !