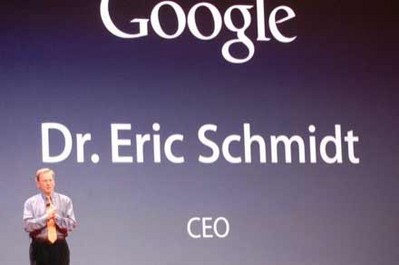 Google CEO Eric Schmidt tells that a Microsoft-Yahoo deal could “break the internet.”

Here is the piece of article which appeared on portfolio
Why does a merged Microsoft-Yahoo pose such a threat to Google?

It’s an unstable situation. But the theoretical issue is the concentration of Microsoft’s resources and its history, combined with the very large share that it would have in certain applications—like instant messaging and email—that could be used essentially to break the internet and diminish choice.

All internet-based systems today are highly interoperable, open systems. The whole antitrust trial that Microsoft went through was really about it breaking that.

In favor of establishing its own proprietary standards. But what are you going to do about the deal?

We’ve indicated that we don’t think it’s a good idea. All options are open. I don’t want to rule out or rule in anything.