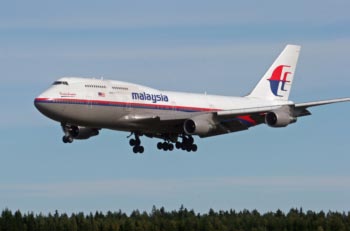 The Subang, Malaysia-based airline expects to receive the 737s from September 2010, it said. Each aircraft costs as much as $79 million.

Malaysian Air plans to replace its entire fleet by 2012 after a turnaround plan returned the company to profit last year.The carrier plans to start more services to China, India and Southeast Asia as the easing of flight restrictions and rising wages boost travel.