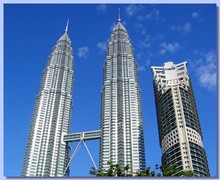 Media reported widely that the Malaysian government had announced a ban on Indian workers in that country.
To clarify the issue — Malaysian Minister for Works Samy Vellu clarified that the statement banning Indians from working in Malaysia is false.

He issued the clarification on the sidelines of the Pravasi Bharatiya Divas at New Delhi on Tuesday.

Vellu, who belongs to the Malaysian Indian Congress and is part of the ruling party in Malaysia, said that immediately after the news broke out he contacted his prime minister who confirmed that the news was false.

He also said he held talks with the secretary general of home affairs and also the human resources ministry, and they too said that the statement was wrong.