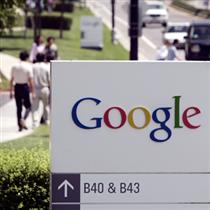 European regulators have today cleared its $3.1billion bid. The final hurdle in the completion of its deal has now been overcome by Google.

European Commission gave its approval for the deal, saying that the acquisition didn’t pose a significant threat to competition in the European online advertising market.

I’m pleased to share the news that we completed our acquisition of DoubleClick today. Although it’s been nearly a year since we announced our intention to acquire DoubleClick last April, we are no less excited today about the benefits that the combination of our two companies will bring to the online advertising market.