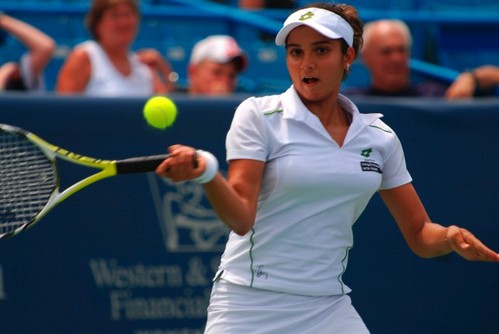 Sania Mirza, having made headlines for being embroiled in religious and national controversies in recent months, last week, decided to skip the $600,000 WTA Bangalore Open tennis championship starting on March 3. International favorites Venus and Serena Williams will be among those participating in the event.

Meanwhile Former India cricket captain Kapil Dev, who had led India to her lone World Cup win, said sportspersons are normally very emotional. Sania may have said that she was running into controversies whenever she played in India, in the heat of the moment.

“She will definitely play in India again” he said.